Typically, surgeons are among the smartest, most skilled and most highly trained of physicians. They are also typically among the most stressed and overworked. In the blink of an eye, a surgical error can have disastrous consequences, including permanent disability or death. Victims of a surgical mistake often require revision surgery to correct the error or fulfill the mission of the first surgery, but many patients are too weak after surgery to go back under the knife and must waste precious time recovering from the botched surgery until they are healthy enough for another trip to the operating room.

Atlanta surgical error attorney Stacey Carroll holds Atlanta doctors and hospitals accountable for surgical errors and the harm they cause. If you believe a surgical mistake has hurt you or a family member, call our office for a free consultation and evaluation of your claims.

What are surgical errors?

Complications can occur during any invasive medical procedure, and surgery involves many complex challenges and possible complications. Nevertheless, certain mistakes should not happen, and some outcomes can be traced to the failure to perform an operation competently, diligently or up to acceptable medical standards. Surgery errors are not always easy to discover, but sometimes they are. Some of the most obvious surgical errors that do in fact occur include:

A foreign object is left inside the patient after surgery

Clamps, sponges and surgical instruments get forgotten and sewn up inside the patient. Sometimes, these objects don’t immediately cause injury. It may be months or years before a patient experiences serious, painful complications and discovers the mistake. It’s a simple matter for doctors and nurses to do a count of surgical instruments before and after the surgery prior to closing the surgery site. Failing to carefully and accurately perform this simple count is inexcusable negligence.

The surgeon operates on the wrong patient

Mixing up patients’ charts or making mistakes during the transfer from a hospital room to the OR can result in performing surgery on the wrong patient. An easy way to avoid this mistake is by asking patients to say their name and checking it against the chart. It’s often not enough just to ask yes/no questions to a patient who may be ill or medicated. Operating on the wrong patient is serious and potentially deadly to both patients involved in the mix-up.

A simple fact known by every medical student and just about everybody else is that the body is bilaterally symmetrical, and as humans, we are equipped with two kidneys, two lungs and limbs and other body parts duplicated on each side of the body. Nevertheless, surgery can be performed on the wrong side of the body by misreading the chart or not correctly preparing the surgery site. The direst consequences can result if a healthy organ is removed instead of a diseased one.

Other surgery errors include failing to capture enough of a mass to perform an accurate diagnosis or remove cancer, or failing to control for the risk of infection during or after surgery. Anesthesia errors, as well as doctor and nurse errors, can cause patient harm. A negligent or botched operation can have severe negative results, including:

How do you prove surgical errors?

Only a handful of people have firsthand knowledge of what went wrong in an operating room, and often none of them come forward to report a surgical error. Instead, it’s up to the patient and the patient’s family, with the help of an experienced medical malpractice attorney and qualified medical experts, to expose surgery errors and hospital malpractice, and hold the doctors and hospital responsible for the harm caused by their inexcusable mistakes. Atlanta medical malpractice lawyer Stacey Carroll has years of experience holding doctors and hospitals accountable for their negligence. Stacey Carroll works with an extensive network of medical expert witnesses who can determine whether surgery errors occurred and what kind of damage they caused. He’ll work hard to see that you get the care and compensation you need and deserve after a surgery error.

For help with surgical mistakes and their aftermath in Atlanta hospitals and surgery centers, call the Carroll Law Firm at 404-816-4555 for a free consultation on your claims. 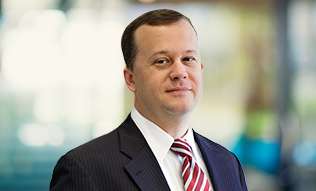 Stacey Carroll is an experienced trial lawyer who has litigated hundreds of civil lawsuits for both individuals and businesses, many of which involved millions of dollars in damages.
STACEY'S PROFILE

Stacey is an excellent attorney. I had worked in the same law firm with Stacey for many years and so I knew he was good...
READ MORE