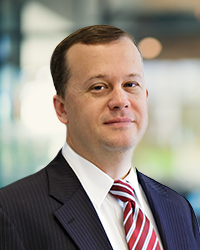 Stacey Carroll is an experienced trial lawyer who has litigated hundreds of civil lawsuits for both individuals and businesses, many of which involved millions of dollars in damages. He has first-chaired jury trials in Georgia, South Carolina, and Tennessee, and has been recognized as an elite “Super Lawyer” by Georgia Super Lawyers magazine, a distinction given to less than 2% of the state’s lawyers.

Stacey’s litigation philosophy is based on legal creativity, meticulous preparation, and relentless aggression. From the moment of the initial client consultation, Stacey prepares each case for presentation to a jury at trial, as he believes that this approach maximizes the compensation recovered for each client, whether through a pre-trial settlement or a jury verdict. Stacey recognizes that each of his clients has placed a great amount of trust in him, and he takes that obligation with extreme sincerity and humility.