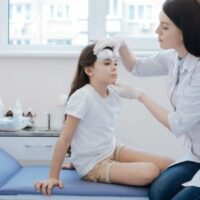 How the Study Was Conducted

The Doctors Company reviewed 1,215 medical malpractice claims and lawsuits filed against doctors in 52 specialties and subspecialties that closed from 2008 to 2017. The study included all medical malpractice claims and lawsuits against pediatric doctors in medical and surgical specialties, but excluded oral surgeons and dentists. Additionally, the study focused on four pediatric age groups; neonate (less than one month old), first-year (one month through eleven months), child (one year through nine years), and teenager (ten years through seventeen years).

Below are the number of diagnosis-related medical claims filed between 2008 and 2017 as per each age group.

Factors That Led to Injuries

According to the study, communication breakdowns between patients/families and medical providers was a factor in 15 to 22 percent of the claims, depending on the age group. For example, poor communication resulted in insufficient guidance for parents on medical conditions that needed immediate care, thus restricting a doctor’s ability to treat a patient on time. Inadequate communication also resulted in incomplete information to make an accurate diagnosis and failure to follow discharge instructions.

System failure also accounted for a number of injuries. For example, failing to inform treating physicians of critical test results or diagnostic findings led to delays in treatment.

Apart from detailing allegations and factors that led to injuries, the report by The Doctors Company also details ways to reduce the risk of harm to children. For example, when it comes to children aged between 1 month to 17 years, The Doctors Company recommends, among many other things, that doctors ensure they always provide parents with information that can help them recognize when a sick child requires emergency care.

If you believe your child has been the victim of a missed, delayed, or wrong diagnosis that caused them harm or led to their death, call the Carroll Law Firm at 404-816-4555 for a free consultation with an experienced Atlanta diagnosis error attorney.

By Carroll Law Firm | Posted on February 28, 2022
« Can You Sue A Plastic Surgeon For A Botched Plastic Surgery?
A Brief Guide On Georgia’s Premises Liability Laws »